Living the Dream: A tough job that we could put off no longer 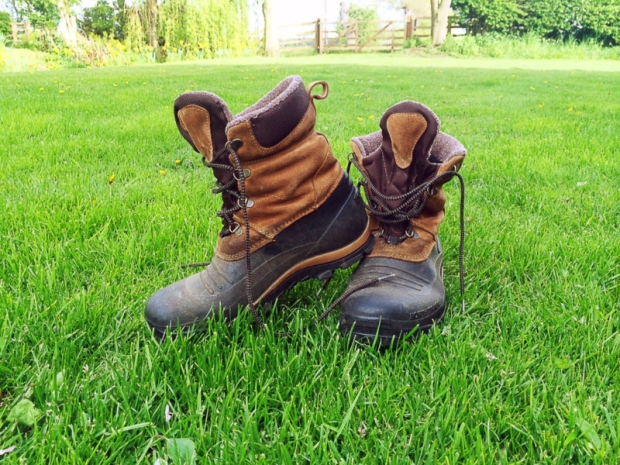 ON FRIDAY morning the alarm went off, yet it felt like I had only just gone to bed. 5.30am seems to come around so soon, especially when you have one of those jobs looming that you cannot put off any longer.

Wendy and I had been preparing for this day for a few weeks. We had, even up to the night before been taking advice on how to get it right and had even had offers of help, but we wanted to rise to the challenge and castrate our own ram lambs.

We had first to gather all the sheep up and whittle out the ram lambs from their mothers. No matter which way we tried, we could bring all the ewes together in the large pen but the lambs would soon disappear under or through the post and rail fencing as they weren’t interested in the treats we were tempting their mothers with.

We had to make a smaller pen with field gates and then one by one we picked the ram lambs off and were then able to take care of the necessary task. The advice we had been given the night before turned out to be good sound advice and saved a whole lot of guess work and time.

The advice was all about helping the lamb to relax instead of tensing up, which certainly wouldn’t help matters, if you know what I mean. We achieved what we had set out to do and the end result was we left the field with all the ram lambs laid down feeling sorry for themselves nursing their bruised pride and I’m sure a few other things to boot.

After last weeks near misses with mishaps around the farm, we unfortunately had bad news on Friday morning when we found that Wilbur the duckling had disappeared.

The night before, mum was all snuggled up with her babies in the barn as usual but I never checked all six were safe and for whatever reason he didn’t appear the next morning.

We can only assume that he had fallen fowl to one of the many predators around the place. Not surprisingly we have become a great deal more vigilant since Thursday morning.

Last Christmas I must have been a very good boy and one gift I received was a new pair of boots from my son and daughter-in-law. My previous boots were at death’s door and were letting water in through holes you could drive a bus through, so it has been great not getting wet feet every day.

That is until Mr Banana head decided to leave his boots outside and the deluge we had that night meant that my feet were squelching nicely, all that day. Well, you can be sure that’s definitely another lesson learned.

Talking of lessons, we learned another one this week.

Last November we had four large trees put into two of the fields, in order that the cattle could get some shade from the sun.

Well, what we learned this week was, even though we have had lots of rain over the last couple of weeks, it’s clearly not been enough for the two chestnut trees.

Their leaves have started to wither up and after taking advice have found that in fact they need plenty of water on a regular basis otherwise they will suffer, just like any other flower or plant.

So, as you can imagine, I’ve been out there with buckets of water at regular intervals because, for me, no conker tree is going to die on my watch!