Living the Dream: A trip down memory lane 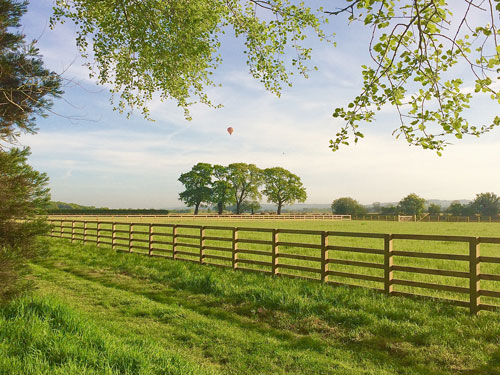 Betty hates me. I think I’ve really done it this time. This morning I went to let her, Frank and the ducklings out and for the first time, her threatening to bite me, turned into, she did bite me. It obviously didn’t hurt and if I had been in her position I’d have probably attempted a far worse punishment. You see, the night before, three of her ducklings went to live with another family and as you can imagine, she wasn’t ever so happy about it at all. The thing is, we only have so much space available and overcrowding leads to many problems, and besides, they did go to a lovely family.

For some reason this week, I had been left with Olivia’s car, which needed 2 new tyres. “I’ll take Mums car to work today” she said, “Can you speak to the garage and see if they can sort it, today, thanks, bye” and off she went. Kids, who’d have ‘em! Now that doesn’t on the face of it sound a big ask, but as I had a busy day planned, it was due to be showers most of the day and there was a mile and a bit walk home after dropping it off and then back to pick it up later, it all added to the task. Well, as it happened, I didn’t mind at all and in fact it was as I strolled, reminiscing along the lane that I was reminded of things I had learned many years ago whilst walking down very similar lanes as a boy.

There were many really important, life changing skills and things I can still remember almost 45 years on. Tell us, tell us, I hear you cry!

Well, have you ever given someone a Chinese haircut? That’s when you pull up a stalk of foxtail grass, strip the seeds off it’s head and then thrust the remaining stalk into your brothers hair, or any other unsuspecting victim. You then twist the stalk and pull, Ouch! Your victim, is left with a sore head and minus a handful of hairs. It was also back then that I learned, and I don’t know or understand why it was the case, but whenever we saw an ambulance go by, we had to find and touch something green. Also, I learned that if you pick a broad leaf blade of grass or a privet leaf, place it between the inside edges of your two thumbs and blow through it, you can whistle. If you haven’t done it before, give it a try. I remember climbing trees for fresh, ripe damsons, plums and pears, I was never a fan of apples. I never did find out who’s fruit it was that we were pilfering.

Just walking down that lane made me think about just how lucky I was, to be able to spend so much time in the outdoors and down those, almost vehicle free lanes without the many concerns and worries that would be raised in todays health and safety conscious world.

Wendy and myself had our anniversary this week, but unlike last years stay in our 2 man tent we decided to give our Shepherds Hut a trial run before our paying guests start to arrive. I’m glad to report that it was all that we anticipated it would be and more.

In closing, I wanted to thank Gavin the goat for putting his head through the stable door this week, I knew that door needed some attention, but his method of bringing it to my attention was a little unorthodox.