Living the Dream: Calm in the pens before the storm in the fields 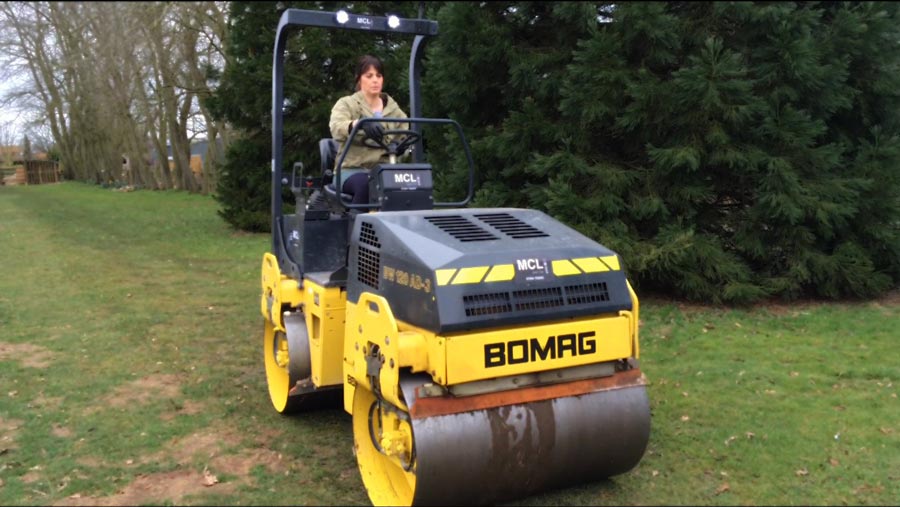 This week has brought our focus firmly on the sheep as they all needed to get their annual booster injection and this time I was ably assisted by Joe, our soon to be son-in-law, who had drawn the short straw to give me a hand.

All went really well and it’s good to see that we are actually making progress in dealing with the different livestock situations we come across.

Last night, I decided late on to go out and check on the sheep, although all were fine earlier in the evening and they aren’t due to start lambing for another three weeks or so. Perhaps I wanted to see that all was well after their booster session or maybe I just wanted to see how ‘Storm’ was settling in.

Storm the lamb is Kehna’s son, who was last to be born in the hailstorm last spring, was reintroduced back into the flock on Sunday when the remainder of last year’s male lambs left us for pastures new. As expected all of the sheep were fine, the ewes are really blooming at the moment, with some of them, namely Delilah, Badger and Cloud all looking like they aren’t far off exploding.

It was such a lovely night with a clear sky and almost a full moon shining brightly and it wasn’t cold, so I thought I would just sit and watch them for a while. I climbed over the fence, none of them moved a muscle, so I just sat down amongst them and crossed my legs and immediately thought about having done much the same thing, but without the field full of sheep, back when I was in Mrs Jenkins’ primary school class in 1969-ish. Above all else I was highly amused by both the sight and sound of them all chewing the cud.

It was so relaxing just watching their jaws going ten to the dozen. Before I knew it over an hour had passed and it was way past my bedtime. The funny thing is that nobody had even noticed that I had disappeared for all that time.

For weeks I have been chasing around trying to locate someone who could roll my recently seeded grass field in preparation for our shepherd hut arriving. In the end I just went and hired a ride-on roller and did it myself, which is what I was trying to avoid.

I had been awaiting a dry spell, even a few days without rain would be a bonus around here. The roller was delivered, but I held back my excitement until lunchtime, waiting until the dew had disappeared from the ground.

I drove the roller down to the field and sat for 10 minutes planning my work route. I wouldn’t want to get caught up in any of the dozens of overhanging trees which surround the field. I placed my headphones on my head, straightened my sunglasses, turned on my music and off I went.

So much for my planning, I drove across the width of the field and then went to turn, but hadn’t realised that you can’t make sharp turns on this monster and promptly ploughed through the undergrowth and overhanging trees.

There was an almighty crack, my headphones flew one way, the sunglasses another and just for a moment, I maybe, sort of, lost control. I looked around to see if anyone had seen me mess things up and thankfully not, phew! Luckily, there were no further mishaps and my field looks lovely and is surprisingly really flat.