Living the Dream: Cornering Highlands is no easy task for a novice 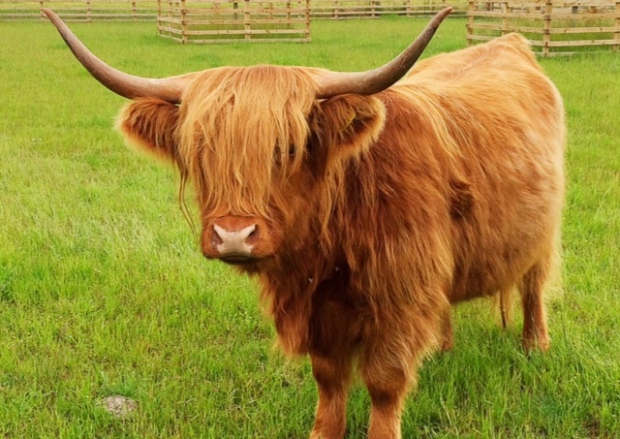 THIS WEEK was a great opportunity for us, with Monica and Lyndsey, two of our Highlands, off visiting the bull for a couple of months, it created the perfect time for us to build relationships with Flora and Morag and also get them groomed properly.

There is clearly a pecking order and with the older ladies around, the younger two often aren’t able to receive much attention.

With this in mind I put together a plan that over the next couple of months I would attempt to get Flora and Morag to be much more friendly and maybe with patience, even get them onto a halter.

This week I was switching their grazing and so this would be an ideal time to get them both through the race so that I could pamper them a little.

Getting them initially into the pen isn’t difficult at all nowadays, it’s the next bit where things can become more challenging.

As they were making me dizzy, walking around and around in endless circles, in the pen, I was trying to think how my friend Peter controlled the cattle, when we were getting them into the trailer to go away.

Mind you, he’s got several decades experience behind him compared to this wet-behind-the-ears novice. Anyway, with a gentle prod and a poke with my stick I was able to get Flora into the race first.

As Flora wasn’t groomed the last time I sorted them all out – because Stacey the goat went into labour – she was now overdue some attention.

I initially settled her down in the confined space she found herself in and I was quickly able to make headway in clearing the knots in her coat.

I had been reading on the internet that whilst grooming her, I should take the opportunity of getting her much more used to being handled around her head and body, by stroking and petting her. This would hopefully, over the next few weeks, pave the way to being able to control them much more by getting the halter on them.

Amazingly, Flora settled right down and in the end looked ‘right bonny’, even if I do say so myself.

Then it came to Morag’s turn. Bearing in mind that Morag has just been separated from her mother, she was behaving remarkably well and we had witnessed no blubbering, so I was hopeful that she would behave herself.

Morag, as a yearling, is still small which means that the crush gate on the end of the race is still a little large for her. So, although she is confined inside a small space, her movement isn’t so restricted like the others. Things were going well but she did have a bit of a monk on and just moments before I was releasing her out into the field, things went belly up.

Initially I thought she just wanted a skeg over the side of the race as she was getting a bit skitty, but before I knew it, she was up and almost over the side rails.

She ended up perched on the top, like a seesaw, with both her front and back legs dangling off the ground. “Flamin’ Noras, now what”, I thought as I tried heaving her body back over the rail. With lots of encouragement and shoving, I got her back over and then very quickly back out into the field. Phew, I thought I was going to get squished there for a moment.