Living the Dream: Disconcerting sounds make me jump and miss 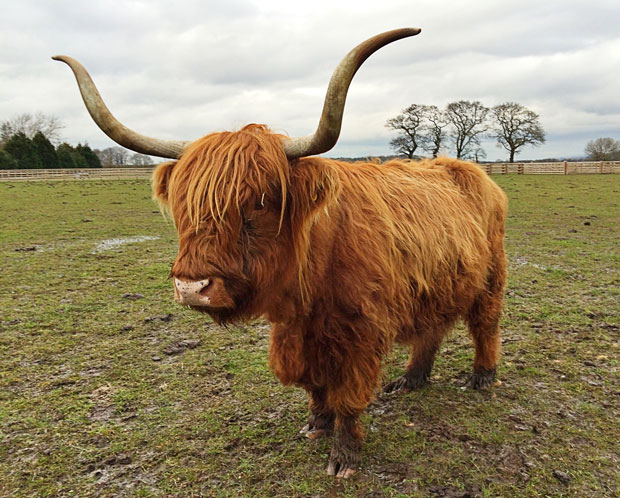 For the last week I’ve been watching the weather, eagerly awaiting some dry weather and at last it has arrived. When those smiley yellow suns appeared on my phone screen I was overjoyed, in fact I couldn’t contain my excitement.

So many outdoor jobs that have been stacking up can at last be tackled. From first thing this morning I’ve been hard at it, painting doors, including the entrance to our new toilets for the teashop, because I was able to keep the doors open, so they didn’t stick.

I don’t know about you, but when I am intensely focussing on a job and concentrating hard, for some reason I always stick out my tongue, heaven knows why.

Anyway, as I was working, I was knelt down painting the bottom edge of a door when I got the fright of my life. Out of the blue I was startled by an extremely loud, ear-piercing squawk. Unbeknown to me, Fin, one of our resident pheasants had crept round the outside of the barn, unaware that I was only a couple of feet away from him.

After filling his lungs and puffing out his chest he let out an almighty squawk at the top of his voice, to let all the other local pheasants know that this was indeed his patch. Unfortunately for me, by doing that, he had inadvertently scared me witless in the process.

On Friday we had another couple of our trees taken down for safety reasons and that evening whilst walking back to the ‘Green Mile’ from the hen houses, I noticed that something was missing. It didn’t take me long to figure out just what was missing.

You see, ever since moving into Long Meadow Farm, whenever there has been any sort of breeze or wind, we have been serenaded by two of these white poplars which have been rubbing against each other and squeaking loudly. It has at times been a little disconcerting, when out of the complete darkness they have started to squeak away together. I am, sort of, going to miss them though.

I had an odd discovery this week. I was working away, busying myself around the barn and farmyard all morning and as lunchtime approached I made my way back to the house, in search of some scran.

In the middle of the grass, there was a pile of grey feathers, laid in a heap.

Now, I’m used to seeing lots of feathers around the place with all the preening that goes on around here and when the hens are moulting we get many more, but this was quite a pile.

I immediately thought, grey feathers, who is the only hen we have with grey feathers? ‘Rita!’ and then proceeded to race around the place checking all of her usual haunts but to no avail, she was nowhere to be seen. I did think the worst, but eventually found her, up the green mile, mopping up after the cows mid-morning treat.

Whoever had left that pile of grey feathers on the lawn, I’ll never know, but I never spotted a sparrow hawk, or other bird of prey all morning, so it’s quite a mystery.

Last summer two of our cattle, Monica and Lyndsey went on a little holiday to visit Mr Bull. Soon after returning, it appeared that neither of them were pregnant. Well, I may have jumped the gun a little, as they are both putting weight on and just maybe there will be the patter of tiny hooves this summer after all.