Living the Dream: Ducks turn their beaks up at pristine new home 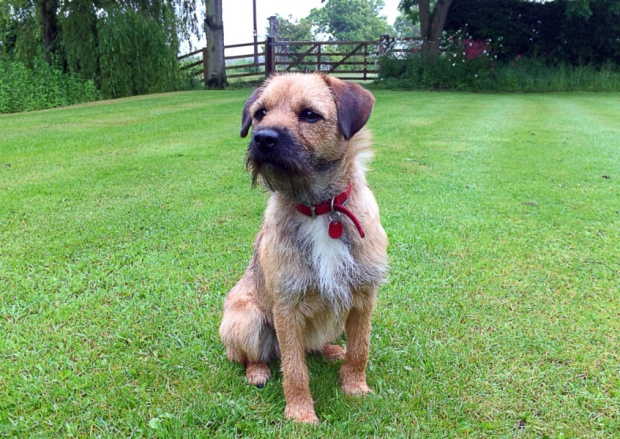 WELL WE’VE hardly stopped for breath this last week. Things have been really busy in Wendy’s tea garden, with lots of new visitors coming to sample the home made delights which the ‘Ginger Cow’ has to offer.

We had a weeding blitz in the vegetable garden during the week as too many weeds were attempting to get a root hold in places where they were just not welcome.

For many months our Muscovy duck family have been sleeping in the barn each night, but this week it was time for them to move outside, into their new home.

After what seemed like a dozen coats of paint and far too much faffing about, the new duck house was ready. For the past fortnight, they have been sleeping inside it, inside the barn, so they could get accustomed to the new surroundings.

It looked like things were going to work out well when I moved it outside, but alas, I hadn’t discussed things with the ducks.

In fact last night seven of the eight ducks squeezed into the small kennel, which I happened to say to Wendy “Would never do the job as a duck house”. We are now considering ‘Plan B’.

Earlier in the week we had a bit of a mishap down in the sheep field. One of the young lambs had knocked off one of his horns, leaving the softer tissue exposed and bleeding profusely. We believe he had either caught it in the stock netting fence or had been a little over boisterous with one of his brothers.

After discussing it with the vet I set off to track down ‘Flash’ as he’s known, in order to dish out the First Aid. If only I had seen into the future and left the sheep in the field where the field gates were set up or even the field where the holding pen is, but no, I had moved them all into our largest field.

This field is somewhat overgrown and has lots of long grass and nettles and a bucket load of thistles thrown in for good measure.

I had been trying to catch the lamb, using all sorts of methods for almost five hours on and off and I was to say the least, jiggered.

I threw in the towel and waited for willing reinforcements, with younger legs.

When our daughter Evie got in from work I gave her one of my best ‘I need your help’ speeches and surprisingly, it worked. She quickly got changed, we made a plan of action and after only 20 minutes we had ‘Flash’ in our grasp. The necessary First Aid was administered and the wounded soldier was soon off on his way again.

Later the next day whilst watering the tomatoes, I could hear whistling in the top field and went to investigate.

I found that Wendy, after watching the shenanigans the day before, had enlisted the help of our one-year-old border terrier ‘Boo’ and was, with her whistle trying to train her to round up the sheep.

Needless to say that it wasn’t an overly successful attempt but if there is anyone out there who could train ‘Boo’ to round up our sheep, please do get in touch.