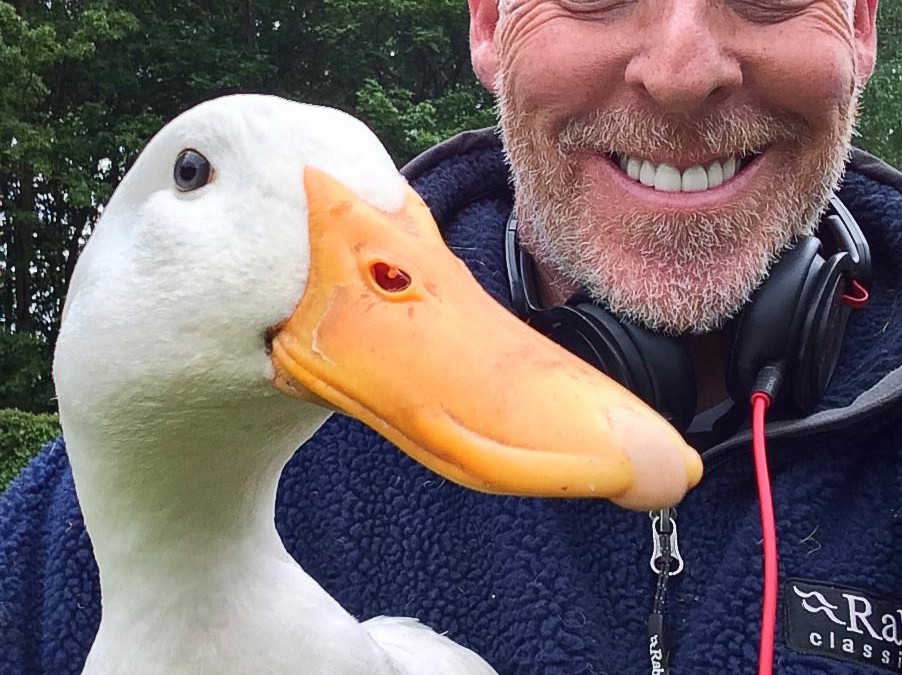 Because our attention has been so much on our new lambs and their mothers, it has been really easy to miss the fact that last years lambs are all grown up. Last years gang were in a separate field to our newest additions and it was only when we were bringing them all together for shearing this week that I noticed how all grown up they had become. I know I’m biased, but we do have some beautiful sheep. It’s like I turned my back and they’ve all matured. It’s daft really because I am with them every day, several times, but it just shows that things around you will just pass you by, if you’re not really looking and paying close enough attention.

So, what’s been going in this week? Well we had Mark our shearer in to take care of the sheep. Once again he brought reinforcements in the shape of Jenny his sister. If only I was a little younger, without dodgy shoulders, with a little less to do around the place, I may consider giving it a go myself. But then again, I often think it’s best to leave these things to the professionals. Before we got shearing underway, last weekend, we reduced our flock down in size. It was a really hard decision and we had thought long and hard before we went ahead, but that’s life. We only have so much grass and we need to be fair to all of the animals by managing the space efficiently, allowing areas to be rested and not over grazed, in order that they give of their best.

I would have thought that after 6 kids I would be used to bickering and disagreements amongst family members and friends, but when it comes to farmyard politics, these disagreements can reach a whole different level. I don’t know why there’s been so much contention in the farmyard this week. Our Betty, the aylesbury duck is sitting on eggs at the moment and this means that Frank, her other half, keeps getting into mischief. He is continually upsetting any one of his neighbours, I think it’s because he’s not getting the attention from the love of his life. He upsets Fleur the Muscovy, but she just flies when he gets anywhere near, he hassles the recent home reared ducklings, but they are far too swift for him to get near them. Then it was Gavin, Stacey and Bambi, the goats, who started falling out with each other and lastly we had Stanley, the sheep, ably assisted by Pip, both picking on Kehna, when they were all brought together this week. I nearly had to separate them all again, but eventually the butting heads stopped and things have settled down once again in their field to once again be that haven of happiness and harmony! Then of course we had the chickens taking lumps out of each other, but then again, there’s nothing new in that, they’re always at it. I’m not sure why there’s been so many disagreements this week, I suppose I can only put it down to the warm weather.

All those years ago, when climbing trees and ‘conkering’ as a kid, I never noticed that chestnut trees had such lovely flowers on them at this time of year. We have over a dozen of them in a range of sizes and they look stunning at the moment with either their red or white flowers, they are a real picture! All in all, I think I need to start being far more observant than I have been!