Living the Dream: History books reveal farming is in the blood 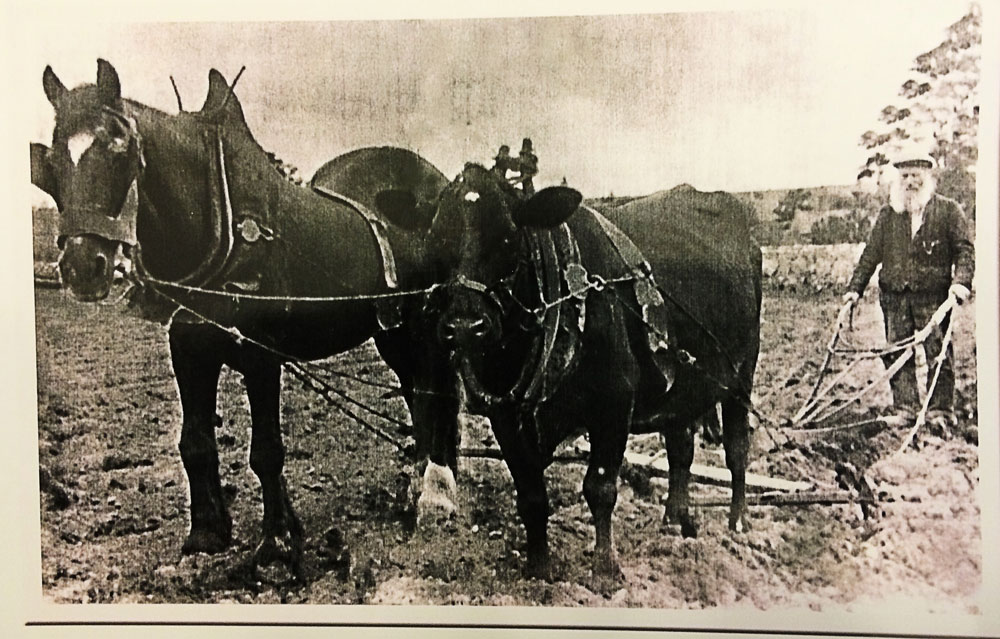 After a great deal of deliberation and far too much time, we have come up with a name. A name for what? I hear you cry. A name for our new tup. We bounced lots of names around and wanted a name which suited him perfectly.

He is obviously a Shetland sheep, so a Scottish connection would be good and a name which reflected his stature as a proud male of the species would also be very fitting. So, in the end we have called him ‘Maximus’, which on the face of it isn’t Scottish at all, but we call him ‘Mac’ for short and then it works perfectly and everyone around here is happy.

Talking of sheep, I have been doing a little bit of jiggery pokery this week with moving them around. With the weather being kind to us and the grass still growing, we stopped cutting ‘The Green Mile’ a few weeks ago, which has enabled it to get a bit of length on it.

Then this week we built a post and rail fence around the small ditch for safety’s sake and then sited a temporary fence half way down to secure the area. We then gated up the front of both the compost heap and also the log store, so that no over inquisitive sheep would come to any harm as a result of their adventuring.

Yesterday we were able to turn the sheep out onto it, to literally have a field day. They spent the first 20 minutes just exploring and disregarded the fact that there was all this lovely grass for them. By shifting the sheep, we will be able to give the field they were in a good rest and it may even get a little bit of fresh growing done itself if the temperatures don’t drop too much.

Recently we came across a startling revelation. My parents have been heavily involved in doing family history and tracing our family tree for many years and as a result I was aware that we had a history, way back, in the fishing industry. That was interesting to me, but I never really thought much beyond finding that out. Well, on top of that fact, what has more recently come to light is, that our own leap into smallholding wasn’t in fact the first venture into the world of farming in the family.

It turns out that my great, great grandfather, on my mother’s side, Thomas Christie had a small farm in Echt, Aberdeenshire. Thomas was one of 12 bairns and in fact had 12 bairns himself too. He was born in the 1840s and died in the early 1920s. I need to bear that in mind when I think things are getting tough around here, because, I’m sure that however hard it may feel for me, at times it will I’m sure have been a whole lot tougher back in his day, without the resources and technology we have at our disposal today.

Plus, the fact that he was farming up in the North East of Scotland, which isn’t very well known for having mild winters. The rest of this last week has been spent preparing for our Halloween event next week. During the half-term holidays, we thought that we would run a week of our farm tours with a scary twist and children could dress up and get involved with activities such as pin the nose on the witch and making things from salt dough. Hopefully the weather will be kind to us, but you can never tell.