Living the Dream: How to make romantic gestures on the farm 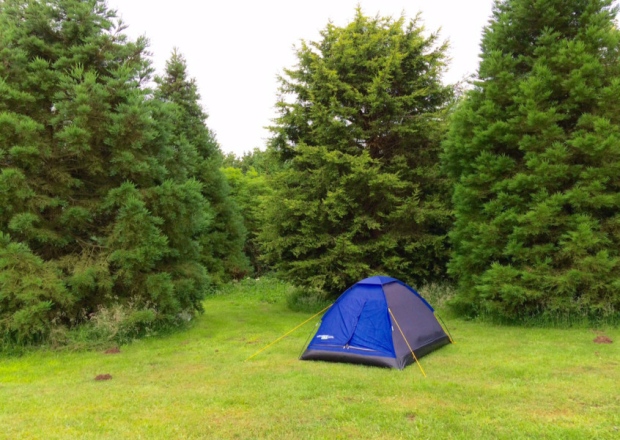 SINCE OUR adventure started and we changed our way of life in February last year, we have only been away from the farm for a couple of single days and never for a full day. So, how could I make our wedding anniversary extra special?

I was racking my brain trying to think of a way to celebrate 31 fantastic years with Mrs McKenna. It took a while but eventually I came up with the perfect way to commemorate our day, I’ll take her away!

Our anniversary was on the Tuesday and things didn’t go ever so well as I had been out in search of a ‘timepiece’. Well that’s what you are supposed to buy on your 31st anniversary, according to the internet.

To say the clock I bought didn’t go down well is a bit of an understatement, but hey there was time yet, I’m sure I could turn things around. Because we had a really busy few weeks on the farm, I had decided that I would plan the big surprise for the weekend, especially if I was taking her away.

Thankfully, I got lucky and managed to book a table for the Friday night at The Pipe and Glass, but of course I didn’t let on to Wendy that this was happening, after all it would spoil the surprise.

The Friday evening came and although she was suspicious, she went along with my plans. It turns out that she thought we were getting all ‘dolled up’ to go for ‘one of each’ and then eat them in the car up on the Wolds.

Well, I had other plans too and after a fantastic dinner we set off for part two of my plan to unfold. In preparing our night away there was a lot to consider, who would feed the animals and collect the eggs? Who would bake the fresh scones and set the tables for the next morning?

In short, we weren’t able to go too far from home and the result was I took a slight detour as we drove into the farmyard on our return and drove up through the paddocks to where I had pitched a very small tent. This is where we could spend the night.

It wasn’t a lavish hotel with everything laid on for her and it wasn’t in some distant foreign clime but Wendy has said for months that she wanted to camp out either in a tent or under the stars and so this way she could do both.

The air bed was in place, the new sleeping bags were unrolled and our daughters had followed my instructions and kindly made Wendy’s favourite cheesecake desert, which was sitting waiting for us, alongside the chilled drinks.

Bearing in mind that Wendy hasn’t been camping in any one of our 31 years of married life, I think I did alright pulling this ‘night away’ off.

It was great to wake up to the sun streaming in, the rustling of woodland creatures awakening to a new day and the birds singing outside the tent.

Just because I was now on a roll and wanted to be even more spontaneous, whilst celebrating our special week, we were up bright and early on Sunday and managed to get a very short one day holiday squeezed in too, to Filey.