Living the Dream: Lessons in when best to call the vet 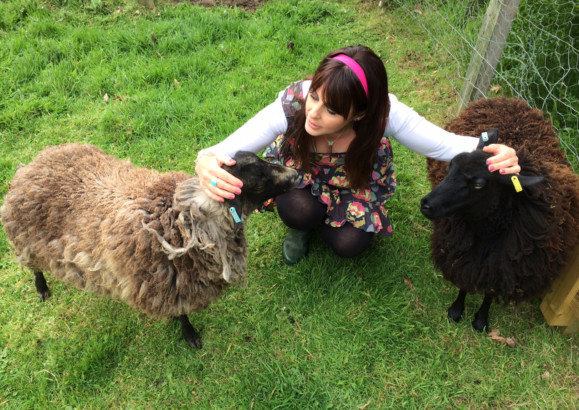 As a father of six and a grandpa of six, I have certainly been around my share of ‘blooming’ ladies in my time. It’s a whole new experience though, when it comes to ‘blooming’ sheep.

It’s so exciting watching them flourish as the weeks pass by and mid-April draws near, when for us, lambing will hopefully be underway.

We are doing a whole lot of swotting up so we are prepared ahead of time to help out as and when we may need to step in and assist.

Things have continued being busy with our hens, after last weeks’ hen house fiasco. This week the attention has been focussed on two hens in particular. Both hens were in need of medical attention and so Nurse Wendy had to don her marigolds and get stuck in.

The first one, we’ll call ‘Hoppity’ the Hen, had for some time been getting bullied by many of the other hens and had ended up with a nasty limp. She was spending much of her day beak-first in some corner or another just trying to escape from the bullying which was being dished out on a daily basis.

It was time to move her into the hospital wing (also known as the empty stable) in order that she could get checked over properly, eat, drink and recuperate in peace, without getting regularly jumped on.

The second hen, we’ll call ‘Emma Royd’ Hen, was having a big problem with what appeared to be either a prolapse or the mother of all hemorroids. She too was receiving unwanted attention from other hens, who were keen to make her life a misery.

So, we caught her and took her down to the hospital wing where Wendy set about putting things right.

Firstly cleaning up Emma’s rear end, she then, with the use of a well-known ointment, was able to start to return her behind to its former glory.

After giving her some deserved rest and relaxation we put her back in with the other hens. Thankfully the hens know from past experience to steer clear of medicated bottoms, so Emma’s rear, you’ll be glad to hear, has been able to recover and is now doing much better, thank you!

We have learned in our short time on this adventure that we need to pick and choose which animal health issues to get involved with. Clearly, we will have situations where we need to call in a vet, others we can deal with ourselves, and others where commercially it would make no sense to intervene at all.

To be honest, we have had some situations where we should not have intervened, like when we spent £57 to fix ‘Queenie’ the hen who was crop bound but she had only cost us £12.50. Having said that, she has hardly missed a day laying in the last three years, but I’m sure, this is all part of the very steep learning curve we are on.

In closing, I just wanted to mention this weeks’ dilemma: is Monica, our Highland cow, in-calf or not?

It doesn’t matter how many times we stand and stare at her, looking at her from any number of angles, feeling her sides, like we know what we’re doing, we have come to the conclusion that we will only find out one of two ways: either leave her until she gives birth naturally, or call in the vet.

In the end we decided on the latter and called in the vet. Watch this space and come back next week to find out if it’s good news or bad… fingers crossed.