Living the Dream: Looking the part is no longer all that important 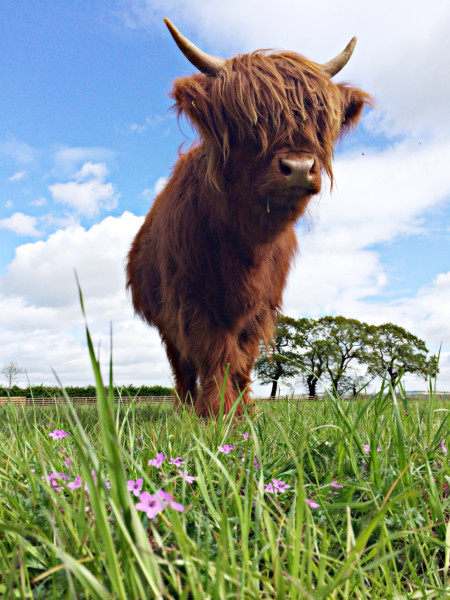 THE OTHER evening as the cows were enduring yet another end of day catch up, I was discussing with them what news I could enlighten you with this week, but I was unsure what to focus on.

That was until I was walking back to the house when I caught a glimpse of myself in Wendy’s car window. It was only then that it dawned on me that I should ignore most of the things I could have spoken about in favour of explaining why for the last 15 months I have slowly but surely turned into the tramp you see in front of you today.

For the 30 years prior to moving into Long Meadow Farm I had, most days, dressed smartly and worn a suit and tie to work.

Since our big leap to the country that changed and I have received many comments from the women folk I live with about my appearance, with not many of them being complimentary at all, but I just put that down to them being a little jealous of my sense of fashion.

After glimpsing my reflection the other evening, it appears though, that I may have somewhat misjudged them and I have in fact let myself go!

In my defence, there is a very valid excuse, well I think so anyway.

From being young I never really found it a problem staying up late and over much of the last 20 years I have been getting up around 5.30am or 6am.

It has never caused me an issue, but of course that was when work meant I was sitting in a car, at a desk or talking to people for much of my working day.

So, since we moved in February 2014, my body has been given the shock of its life. Let me explain.

Although I don’t think I have ever been lazy, I can never recollect me consciously volunteering for any hard graft, ever.

Prior to our ‘Living the Dream’ adventure beginning, we considered many pros and cons relating to the move, the change of lifestyle, the sacrifices we would be making and of course the hard work we would need to undertake. Well, I can honestly say I underestimated that last point.

I never appreciated just how much work it takes to keep a smallholding running as well as setting up a business at the same time. The thing is though I am just so tired!

I have considered curling up on the haystack or in the stable for a sly 40 winks, but haven’t resorted to that yet.

I stay outside working in the evening, because if I go and sit down, I nod off.

For years I used to get up early and run and thrive on being out there, but since our move, for me the running has stopped.

What makes it worse is that I used to get it in the neck from Wendy for running so much and now after years of chasing her to come with me, she runs every day, alone.

So you see, because I am working so hard and not getting much sleep I don’t appear to be the energetic soul that I was, in my suit and tie, but am just too tired to think about looking good.

I could say that I’m just becoming more at one with nature.

Having said all that, even if I do look like a tramp, I am having the time of my life and wouldn’t swap what we have for all the tea in China.