Living the Dream: Lost car keys is nothing compared losing a horn 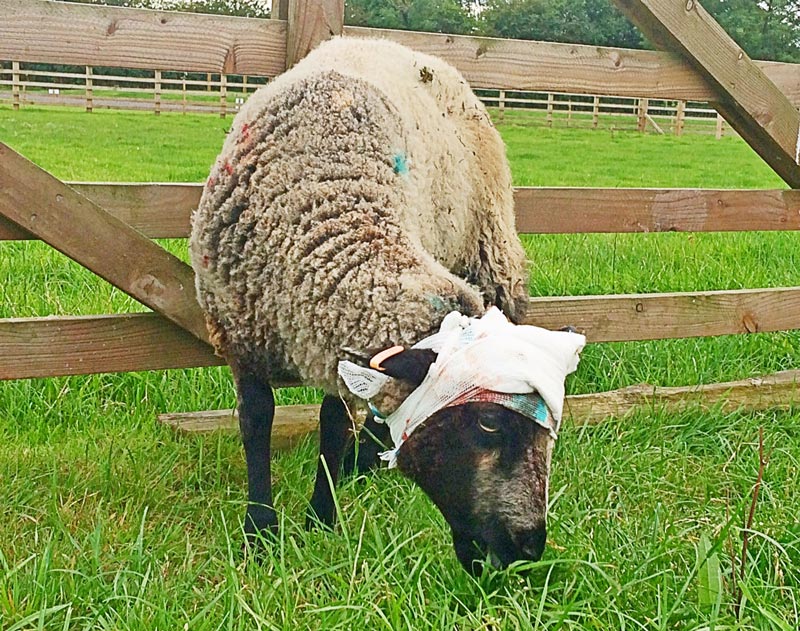 It wouldn’t be the same if we didn’t have a drama around here and this week is no different. I noticed Brock, one of our sheep sitting alone at the opposite side of the field to the rest of the sheep, who were all in the shade. I watched her each time I passed by and she always seemed to be on her own. I did think the worst, with the flies catching up with Jeremy, a couple of weeks ago, who incidentally is doing really well. So, I penned the sheep up, so I could get close look at her. On one hand, what I found was a relief, but on the other it was a mess. Brock had somehow caught her horn on something, or she and her brother Stanley had been having a scrap. The horn was hanging off and blood was pouring down her face. I had a word with Emma, one of our vets, who gave me some great advice and I set to work patching her up to look like pirate Jack. She is now doing very well once again, even without one horn. I’m not sure if it’ll grow back or not, but she’s still beautiful either way!

After me thinking that we were almost done with the swallow families for 2016, I found this week that we have 2 very young broods on the go and they’re growing up fast. Now I’m Looking forward to watching them take their first flight, as they take that leap of faith off the side of the nest, what a sight!

Around 4 weeks ago, I needed to nip out to the local farm supples shop. “I’ll take Wendy’s car”, I thought. Big mistake! After using her car, which really isn’t a problem at all, I happened to misplace her car keys, which certainly is a problem. Now although we have 2 sets of keys, they do cost such a lot to replace, so of course I searched everywhere. I even resorted to having a rummage in the wheelie bins, just in case. I could track there whereabouts up until lunchtime, but that’s when it all went hazy. Anyway, roll forward 4 weeks, still no keys found and there I was walking the dogs through the wooded area behind the house, which is home to my hammock. As I passed the hammock I walked over to see what debris had fallen into it from the trees above. In fact there was no debris at all, only a set of car keys, in a puddle of water. Relief, but yet grief as they were full of water! I immediately ran around the outside of the house, through the garden, getting just close enough to press the ‘unlock’ button. Hurray! It worked. That’s when it all came flooding back. There was one day I had slipped away early one afternoon for a sly forty winks in the hammock and that must have been when the keys dropped out of my pocket. Oh well, lesson learned. Next time check your pockets ahead of taking a cheeky kip!

I came across something in the greenhouse this week which I hadn’t seen for a lot of years, but once again whisked me back to being a kid, Cabbage white caterpillars. Isn’t it funny what triggers memories?

Scout, one of our border terriers, got into bother this last week. He decided that it would be a good idea to cock his leg up Simon our gardeners strimming helmet. Simon did see the funny side, but Scout was suitably reprimanded for his behaviour.