Living the Dream: Mother issues in the sheep pen 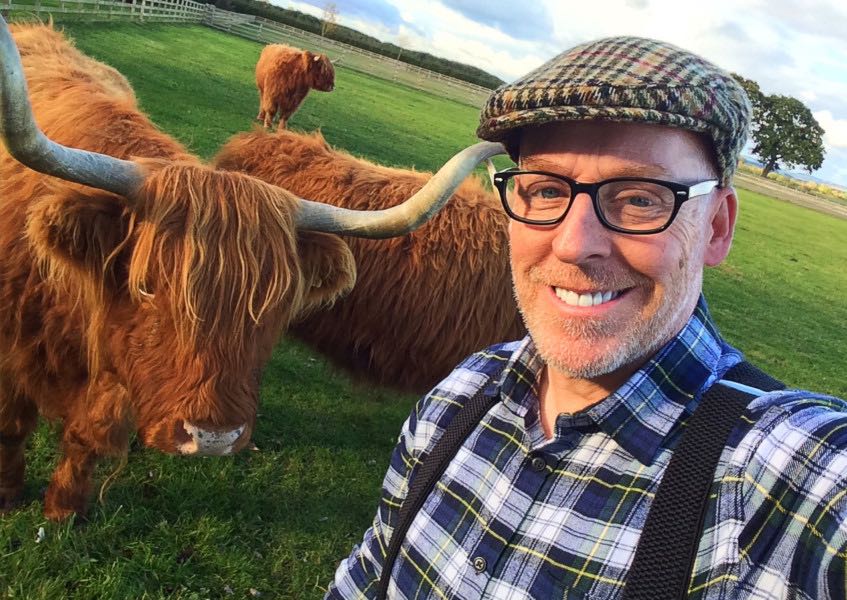 We’ve had a really busy week, one way or another around here. We were firstly preparing for the Easter holidays, (not that we get one of course) but whilst the kids are off school, we get an influx of additional customers in the teashop and I run our animal tours around the farm twice a day.

Ahead of time, I just have to make sure the hand washing facilities are stocked up, with plenty of soap and paper towels, any nettles are cleared around field perimeters, any hosepipes or other equipment that may be laid about is removed and the walkover disinfectant mat is topped up and ready.

Alongside that preparation we have been continuing with our lambing too. On Sunday morning, in the early hours, Pip one of our first timers had not one, but two lambs, which was a surprise. After they had been born, things started off so well, she cleaned the two of them up wonderfully, and got them both feeding and just when you think you can breath that sigh of relief, we noticed that she had taken a disliking to the little boy.

She was mothering the little girl perfectly, but with the ram lamb, she would push him away. He soon learned that there were other ways to get fed and so each time his mother was taken up feeding his sister, he would come from behind and sneak a feed at the same time. We were worried we would lose him quickly as both of the lambs are very small and so tried ways to get Pip to accept him, without much success.

As all our lambs are birthed out in the field, we have tried to force the relationship somewhat and have put Pip and her twins in a pen in the field corner, so they are all close together for a few days. Wendy is making a bottle up several times a day to top the little one up and make sure he doesn’t go backwards, so fingers crossed. The really frustrating part of this situation is Pip herself was rejected, a couple of days after she was born by her mother and we really expected much more of her.

This week, I have once again had lots of thinking time, whilst sat outside at all hours, sheep watching, with the most significant thing that’s been on my mind is the ever increasing amount of respect I have for the real farmers of this world. I have just 11 ewes lambing this year and under the circumstances still have to check these 11 very regularly, throughout the day and night. Even with that to contend with I’m shattered, so how you farmers out there do it with hundreds if not thousands of sheep, I just cannot comprehend. I can’t wait for our swallows to get back from their trip to South Africa.

The thing is though, I was cleaning out the stables and noticed lots of moss on the stable floor and knew the goats hadn’t brought it in and that’s when I stumbled across my discovery. Now I’m not jumping to any conclusions here, but it appears a wren family, in the absence of the swallows, have taken it upon themselves to move into residence in our stables, in one of the vacant swallow nests and are either squatting there or they have a prior agreement and are ‘wrenting’ it out for the season.