Living the Dream: New piggies on the farm 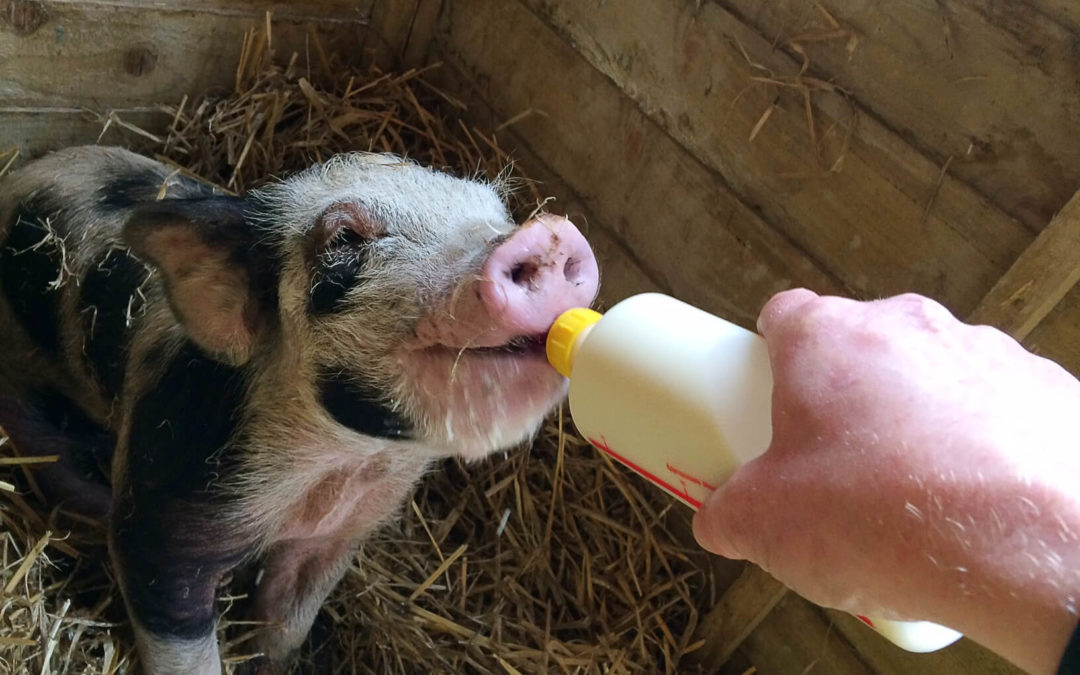 A few weeks ago it was time to bring some more weaners onto the farm and so arranged to buy another three gilts. I’d been down and chosen the ones I wanted so it was just a case of turning up and collecting them. Once I’d got them into the back of the land rover I trundled off home, excited to be introducing them to Precious and Petal, who had no clue that they were about to receive visitors. Surprisingly they calmed down as soon as we started to move and sat calmly all the way home, although that was all of ten minutes. As I drove, I was considering all the things that could go wrong and how I could eliminate any possibility of a mishap, or certainly reduce the risk of something untoward happening.

I was soon back and reversed through the farmyard, up to the gate to the pig pen. My first wish came true, as both Precious and Petal were sound asleep in their bed and hopefully they would stay that way whilst the new arrivals were off loaded. I roped in Naomi, one of my daughters to open the gate, very quietly, whilst I tried gently to lift each one in turn out the back of the Landy. Trying to do it in silence was never going to happen really, was it? As soon as I lifted each of the pigs up, they squealed for dear life and never mind the sleeping pigs being woken up, you could probably hear them the other side of the Wolds. So with a little haste, I was able to lift each of them into the pen before the snooze monsters had a chance to come and see what all the commotion was about. They soon made their introductions, but the little ones weren’t bothered about all that getting to know you stuff and just wanted to take advantage of all this space they had to run around in and explore. They were galloping around that field like pigs possessed, as fast as their little legs could take them and so everything was looking well in pig world. I continued checking on them regularly throughout the day, but they had feed, water and shelter and their cosy bed for the night, so I could do no more and decided to leave them in peace. Early the next morning, I made my way to check on the pigs and serve up breakfast, but could only find one of the weaners. After a bit of thought, I worked out what had happened overnight. As it was their first night and they were all so excited about the new surroundings that they hadn’t made their way into their new bed for the night, but had for some reason slept outside. Two of them had managed to squeeze under a fence and slept under an enormous pile of leaves on the other side, but unfortunately the chubbiest of the three wasn’t able to get herself under the fence into the same bed as her sisters. She seemed fine, if not a little chilly and soon warmed up. All was well until the other day when we noticed that chubby was just a little lethargic and wasn’t quite as energetic as her sisters.

So the next morning, she and I took a little trip to see the vet to get her checked out. She’s getting lots of TLC and some sly bottles of milk replacer when the others aren’t looking and has already perked up and is getting back to her chubby mischievous self.