Living the Dream: Pampering session is not all blissful satisfaction 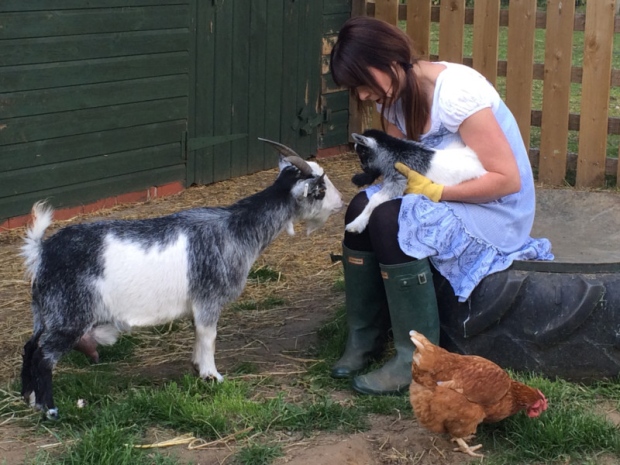 I DO THINK this is a fantastic time of year. I appreciate that we haven’t had the best of the weather, with low temperatures and strong winds but just seeing what is going on around us makes it such a special time.

There’s such an abundance of colours bursting into life, with flowers of every shape and size, none of which I can take the credit for planting, I might add.

With the long light nights, we are able to get so much more done outside and that then opens up further opportunities to witness the beauty around us. Just this evening alone I stopped for a moment to appreciate another beautiful sunset, watched our resident tawny owl swoop down on her supper and also had the bats magically dart around the sky playfully chasing each other as I walked around getting my jobs completed. I know that I’ve seen this before but you could never get tired of seeing these things.

We have had a really busy week and there just doesn’t seem to be enough hours in the day to get everything done, which is ridiculous really because now it’s light until after 10 o’clock.

After willing the grass to grow a few weeks ago, eventually it did kick in and so this week brought the time to move the cattle back to the lower field and fresh pasture allowing the top field to grow again.

Whilst doing this, it made sense to groom them, as they were starting to get a few knots in their coats. I can stand in the field and take care of Monica but the others are a little timid and tend to walk away whilst I’m trying to pamper them.

With this in mind I firstly have to get them into the field pen and then through the race. I got finished with Monica and she looked wonderful, I had then taken her through to the next field, with the remaining three staying in the pen.

I then tackled Morag, who had the most knots to remove and then Lyndsey and things were going fine but Flora hadn’t read the script and decided that being so cute shouldn’t stop her being a moody cow, literally, and decided that she wasn’t following the others into the race.

After several minutes trying to shift her, she was having none of it and with one quick flick of her back leg, kicked out and just caught my shin. Well, I certainly felt that, but thankfully there wasn’t too much damage and decided to give her a few minutes to calm down.

In the meantime I decided to check on Stacey, one of our pregnant goats who was about due to give birth and lo and behold the little lady was pushing.

So I abandoned my cattle pampering session, with Flora giving me a cheeky smile as I let her out into the field and then Wendy and I went to see if we could help our little goat give birth.

Within just a few minutes and after not much pushing at all, our highlight of the week happened in front of our eyes, when Bambi was born. I know that Disney’s Bambi was a boy but ours is definitely a little girl.

Both mother and baby are doing really well. Stacey is doing a great job as a mother and Bambi, who is beautiful, is already full of life and entertaining all who come to see her, with her growing repertoire of leaps and skips. She even squeezes a few naps in too.