Living the Dream: Pausing for thought may prove wise in future 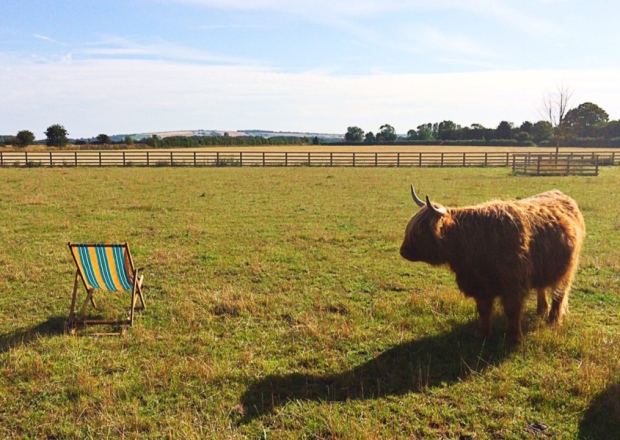 THIS WEEK I’ve tried to take the opportunity to sit and appreciate the world around me even more than I usually do.

Cory, a very good friend of mine, is a big ultra marathon runner from over the pond, who taught me a number of years ago to slow down and be grateful for the world around us, whatever the weather, rather than just rushing my way through life.

Having been a big runner in the past, I would make every day a competition, always chasing times with my end goal being to run faster or further than before. My friend’s motto is ‘Trail is Open’ and he takes every opportunity, whilst out on the mountain trails to give thanks for the beauty of the world around him.

With this in mind, one evening this week, armed with my favourite deck chair, I sat in the cattle field in the pouring rain just watching the heavy laden clouds majestically drag themselves along the top of the Yorkshire Wolds.

It would have been so easy to stay indoors, but I was glad that had I ventured out. I was soaked to the skin, but it didn’t matter at all, for hours I just sat and enjoyed the show.

I wasn’t sure if these were Cumulonimbus or Stratus clouds and did briefly wish that I had listened more to Mrs Smith in Geography class all those years ago. In reality, it didn’t matter a jot what type of clouds they were, they were just beautiful.

With all this week’s rain, I have been extra busy, chasing ducks. For the majority of the time our Muscovy ducks aren’t overly bothered about too much water or venturing out the front gates, but my goodness, as soon as it rains, they are off.

When we get a downpour, a large puddle is created outside our front gates, which they head for, every time. The problem is, it’s in the middle of the road and although we have lots of careful drivers locally, I don’t want Alice and her family to end up getting hurt as a result of their bathing expeditions.

I also found myself venturing into the world of horse whispering this week.

Around 6:30am, I passed Evie, on her way back into the house, after she had cleaned out the ponies and given them their breakfast. She looked exasperated and said that Maisie had somehow taken her head collar off and no matter how she had tried, she couldn’t get it back on her.

Evie handed over the collar and wished me luck at which point I replied: “Leave it to me,” and promptly set off to return the head collar back to it’s rightful owner.

Well, for such a little lady, Maisie can’t half run. Once again, I was being given the run around by one of our residents. Wendy and I tried almost everything to get the collar onto her and spent half the day pointlessly whispering things in her ear, without any success.

In the end, the penny dropped and we realised that it wasn’t wearing a collar that was the problem, it was just her new collar. With lots of buckles and rings on it, it jangled like Bet Lynch’s ear rings and this of course, spooked her.

Eventually, I just sat in the dirt and waited for her to come to me and then just placed her old collar on her head.

Maybe now I should start thinking before jumping in feet first.