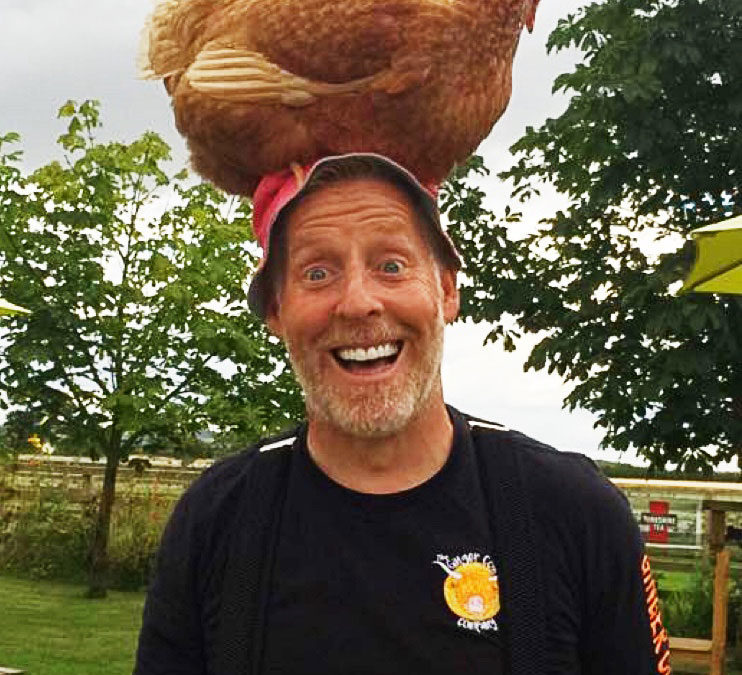 It was back in 2012, the year of the Queen’s Jubilee and as we got ever closer to Wendy’s birthday, that same old problem reared it’s head once more, what shall I get her for her special day? It was never going to be jewellery, she hardly wore it, or perfume, I’d get it wrong, Clothes, it wouldn’t be her choice, so what was I to do? She had harped on for some time about hens, she wanted some hens who could potter about in the garden and we’d get some lovely eggs too, out of the bargain. Anyway cutting a long story short, we took a trip and returned that day with Wendy’s ‘Jubilee hens’, whom she named, Queenie, Diana and Kate, obviously.

Now back then, even with three hens there was a great deal of learning to do, for the McKenna family and that learning was coming thick and fast. It wasn’t long before I had to take our first trip with one of them to the vets and it just so happened to be Queenie. Well, I didn’t know that straw was good for bedding, but hay wasn’t,  (Although, back then I didn’t know the difference anyway) because they will often eat it, and as we had now seen first hand, eating hay can block things up for them and they can become crop bound. As a result of this we had a decision to make, do we spend £57 for the vet to operate and remove the blockage, or not, bearing in mind she only cost us £12.00 to start with. Of course they operated, she was one of our girls and that was that. All went well and when I went back to pick her up, there was a surprise awaiting us, she had laid her first egg and by george it was a whopper!

From that moment on Queenie, was a family favourite. She had a super temperament and was great with the grandkids, loved getting picked up and always looked beautiful too! That is except the time when she was struggling through moulting and as well as losing most of her feathers, she would get everywhere sideways on, as for whatever reason, she was walking like a crab for days. Back when we lived in suburbia, we would come home many Sunday afternoons, after Church and find that she had taken herself and the other ladies for a stroll up the lane and they regularly needed retrieving from neighbours gardens. So, the day we launched ourselves out of the city into the country, was a momentous occasion not only for ourselves, but for other members of the family, including the dogs and our hens. By this time Wendy had hatched some hens eggs in our incubator and we had kept a couple of them to add to the flock. Queenie, was in her element out here, up until recently, with the bird flu restrictions and other than digging up one flower border that Wendy was trying to keep nice, she was able to wander without fear of getting into much bother. If there was ever boss around the farmyard, Queenie was that lady, keeping not only the hens in check, but also the ducks and dogs too. Things all changed around here this week when Queenie died peacefully in her sleep. She leaves behind her many wonderful memories and in all that time she hardly missed laying her daily egg. Now we just have to deal with Rita her sidekick, who now spends her days wandering the farmyard like a little lost soul.