Living the Dream: Sense of foreboding before taking pigs to market 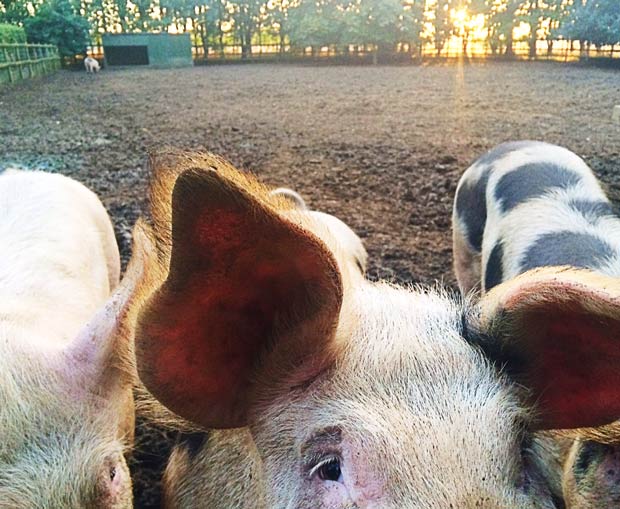 OVER THE last few weeks much of what we have been doing has been preparation for work which needs to be undertaken in the coming days or weeks.

What with preparing a field for ploughing, the barn for building and our Teletubbies-style hill for seeding, there doesn’t seem to be enough hours in the day. Hang on… you don’t know anything about our Tellytubby hill.

When we had the new road built recently, we had tons of top soil which we needed to get rid of, and quickly. So without thinking about it too much I just had it dumped alongside the new road. It was only afterwards that it dawned on me that once seeded, it would look much like the Tellytubbies have moved into the farm.

Anyway, today brought more of that preparation. Work which I have been putting off for some weeks, which is so unlike me.

Next week I need to take our pigs on ‘that’ journey. It’s not that I am so attached to them, but I am still having nightmares about last year’s fiasco of getting the last lot of pigs into the trailer.

Being the worst trailer backer in the land, I set to and with the help of others backed the trailer up to the field gate on the Sunday afternoon, all ready for the next morning.

The pigs had been booked in and so both the authorities and the butchers knew they were on the move. Additionally, all three of them had been given a farewell tattoo a couple of days before, as required before they leave our farm.

The next morning came far too soon and we set about getting the three pigs into the trailer. I had taken advice and so hadn’t fed them the evening before, in order that they would be extra keen to have their breakfast the following morning. I thought it was good idea at the time but the pigs were having none of it.

That was the day I realised that pigs are far too smart for their own good.

We set about getting them into the trailer around 11am and after an hour and a half we had secured one of the pigs in the front end of the trailer. “What?” I hear you cry… “one pig?”

We continued trying to get the remaining two in to join their brother. After a further 25 minutes and a whole lot more ranting and jumping up and down, the remaining pigs were laid down at the bottom of the trailer ramp and they were going nowhere.

I got on the phone right away and spoke to the butchers to establish how strictly they kept to booking in times and at first all he did at the other end of the phone was laugh, but then eventually said it didn’t matter whether one arrived or all three, and time wasn’t an issue. Phew, a let off.

After coming off the phone, Wendy and her friend Helen could see the distress I was in and suggested maybe I tempt them with a little treat as a last resort.

“Like what?” I said and with that Wendy disappeared into the pantry, reappearing shortly after with one of her fantastic ‘Ginger’ cakes.

The rest as they say is history, seconds later the trailer ramp slammed shut and we were on the move. The Ginger cake had done the trick.

Hopefully, I have learned from last year’s shenanigans, but only time will tell.