Living the Dream: Sure sign the family is getting used to our new life 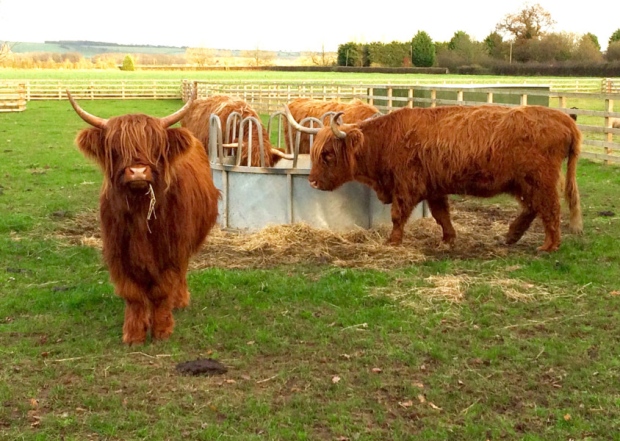 I think we’ve had the busiest few months I can ever remember. Alongside the building work and the recent puddle trouble we have had our seventh and eighth grandchildren being born, Lily Mavis and Tabitha Hope.

We have had one of our sons and his family moving home and all the decorating and babysitting duties that goes with that territory.

So, with all this going on, we have had to do a little bit of jiggery pokery around here with jobs.

I had my days planned out this last week, with school pick ups and painting, tip runs and bedtime stories all thrown into the mix, but I had a plan and was confident that everything would get sorted.

Dusk was falling and the light was almost gone after another long day, I was travelling back through the fog and drizzle, over the Yorkshire Wolds from our son’s new family home in Fridaythorpe, keen to get back and sort my animals out.

As I came down the home side of the hill, I managed to pick up a phone signal and called home to check how things were at home.

Before I had even got half a dozen words out of my mouth I was cut off, which isn’t unusual I know.

“You have nothing to do when you get in, it’s all done!”

I was hearing the words, but it just wasn’t registering in my head. How could this be?

I hurried on through what was now darkness, keen to get home and understand what had happened in order that all the jobs were sorted and those residents of Long Meadow Farm who had a bed, were all in fact bedded down for the night.

The answer to my question came very quickly after arriving home; never underestimate the fairer sex.

All that needed to be accomplished had in fact been taken care of by Wendy and two of our daughters. Not only had the laying hens, ponies, duck, goats and pet hens all been put to bed, but before the goats and ponies had been retired for the night, their stables had been cleaned out – this too was my Saturday job.

Wendy and Naomi had lifted her out of the barn and carried her all the way down to the field where her friends were.

They could have left it at that, but they had also cleaned up the pen area in the barn, where she had been staying during the week and got rid of all the muck and rubbish to boot.

Finally, considering the fact that Wendy was terrified of the cattle not that long ago, something to do with the size of them and the big pointy things on their heads, they had also filled the trailer with bales of hay and with Olivia taking charge of the quad and the other two on rounding up and gate duties, they were between them able to fill the feeder with a fresh supply of food.

I was lost for words, but very proud of them. I believe this week has been a massive turning point around here.

Firstly, if I keeled over tomorrow, I now know that my family would cope without me and also, if they’ve done it once, there ain’t no excuse next time I need their help.