Living the Dream: The return of the cowboy 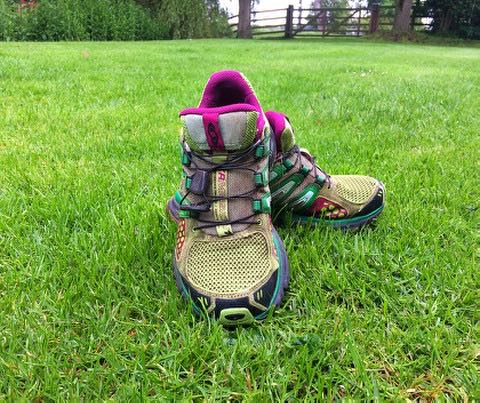 It was just a single bark that woke me that morning. Scout the eldest of our three border terriers, as well as losing his hearing, has taken to alerting me that he needs to go and spend a penny. Unfortunately this so often happens at some unearthly hour and even though my bed was calling me back for just another hour or so, I decided that I may as well just get on with life. The sun was already very bright and I was soon thinking about what jobs lay in store for the day. Soon enough I was excitedly stepping out the door, with that stupid grin on my face, in fact I think that I was singing too, well who wouldn’t on such a beautiful day. Then it was decision time, footwear, what was it going to be today?

I went down the lazy route and decided to wear my trainers, rather than go down the more energetic, lacing up my boots route. As you do in these situations, my first foot went in, my left, followed by my second which was obviously my right. Now this was when my day suddenly took a very bad turn for the worse.

Well it’s not what you’d expect at 5 o’clock in the morning, or any time of the day for that matter. As my right foot slipped inside the training shoe, which happened so quickly, there was an almighty pop! or maybe it was more of a crunch, but either way it was followed very quickly by a squelch. I needed no thinking time at all to understand exactly what had just happened. I had previously experienced a toad in the trainer many months before, but I was able to stop the squish ahead of time, but this time the speed of action meant that there was no baling out early on this occasion and this time it wasn’t a toad!

Oh dear! I quickly withdrew my foot out of the shoe and the sight which beheld my eyes was not a pretty sight, not a pretty sight at all. Mr. Snail had seemingly made an error of judgement the night before and must have been attracted to the sweet smells exuding from my trainer and so had decided to take a closer look. Big mistake!

He was now left with half of him and his house stuck to my heel and the rest of his remains were smeared inside the shoe. I’ve said it before and I’ll say it again…check your shoes Shaun, before you put them on each morning. Heaven knows what will be lying in wait next time, I dread to think.

The time had come, I grabbed a rope, some feed and a bucket load of courage and headed up to the Llama field. After ten minutes of trying to get the llamas into the pen I quickly jumped to plan ‘B’. My lasso skills were once more required. Moments later I was hanging on for dear life as Miguel the Llama began leaping higher than me in the air, throwing his head about, trying to rid himself of this rope. I quickly dragged him closer, close enough to unclip his head collar and then release him once more.

I swear, I thought my heart was coming out of my chest, it was beating so hard. The job was done, his old head collar was off and now I just need to replace it with the new one, but that’s for another day, as I’m off for a lie down in a darkened room.