Living the Dream: Llamas getting up close and personal 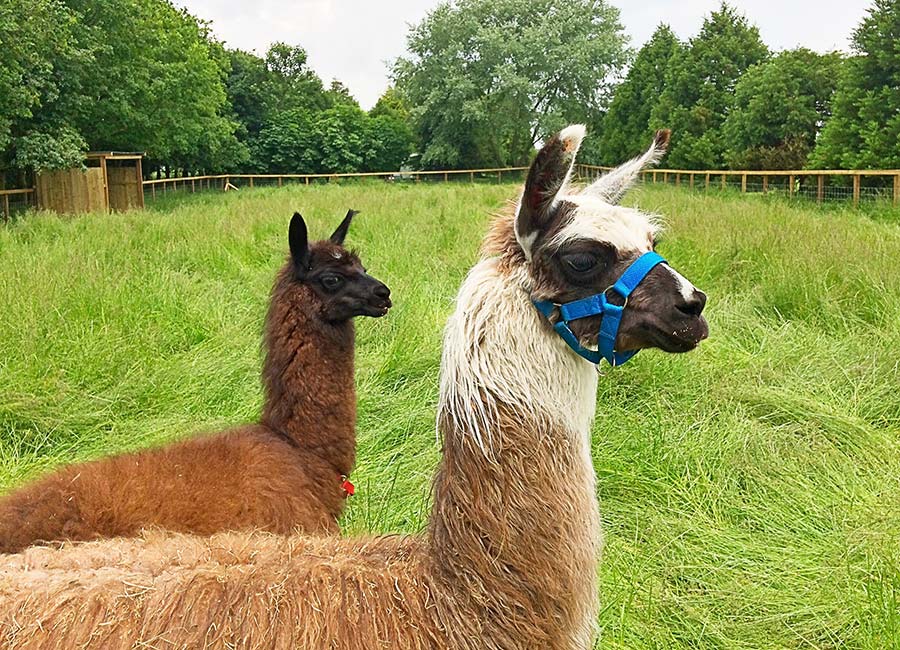 5.30am was fast approaching and almost time to be up and about doing what I do, but as I lay there I couldn’t help but think how angry that little bird outside the window sounded. It wasn’t a voice I recognised, but he was definitely going for it. He was either determined to let all around him know just exactly who’s patch this was, or he was giving the kids a a right good telling off, or he had issues and being a little fella, he was just wanting to be heard. I think that it was the latter and I can relate to that, in fact it’s happened to me many times. I just hope somebody listens to him, so he doesn’t have to make that racket every morning. You may be asking yourself, how did I know it was a fella, I could just tell by the tone of his voice.

Talking of birds standing up for themselves, it was great to watch some of our swallows escort Kes out of the area the other afternoon. They were clearly not in any mood to have her distracting the young ones from their fly catching lessons.

I have noticed over the last few days that with the combined efforts of our newest team member Conner, our gardener Simon, myself and my Dad, we are at last getting this place looking something near to how we are wanting it to look. The grass is looking better, the hedges are getting carefully trimmed and the place is looking neat and tidy, I just hope that we can keep it that way.

Although it hasn’t been long since they arrived out here, the Llamas, Margarita (Marj) and Miguel appear to be settling in quite well. It was only a couple of weeks ago that I was spending ages trying to encourage them across the field, in order that they would come and say hello to any visitors we had. Now, they can’t help themselves.

They are so inquisitive and although they are still not big fans of being stroked, they do love to get up very close and personal. Now we were aware up front that Llamas spit, but thankfully, we have only witnessed Marj spitting, so far and that has only ever been at Miguel and that’s because she’s a greedy girl and wants to eat his grub as well as her own.

Monica and Morag don’t appear to be missing the other cows, whilst they are away. Lyndsey and Flora are off having a party with Mr. Bull at the moment and we have got our fingers firmly crossed that things will go well. You see, last year, the previous Mr. Bull was clearly not up to the job, but we have got high hopes for June 2017.

Our disobedient lambs the ‘Brat twins’ have recruited ‘Kehnas’ bairn ‘Skippy’ into their gang and continue to please themselves where they roam. We have managed to limit them only to certain areas, by placing fence posts and other large lumps of timber under as many gates and fences as we can, in order to impede their way.

Once again we have been having trouble with the fellas around here as Frank the Aylesbury duck has been attempting to get up to mischief with his daughters, but there ‘aint no way that we’re having any of that shenanigans going on around here. He’s been shamed several times this week and ended up in the naughty corner as a result of his actions. If he doesn’t learn his lesson, we’re going to fall out!