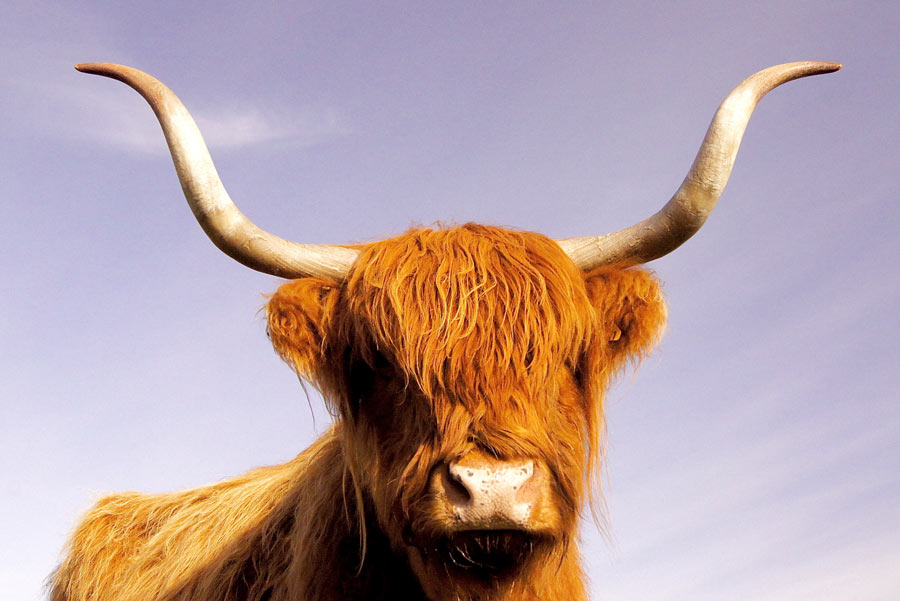 YOU COULD just tell by that look in her eye that it was going to be one of those days.

Last summer, whilst having the new post and rail put in, we had a pen, race and crush gate fitted for our Highland cattle.

The cattle have been through many times, so they have all become very accustomed to it, but this week, things were going to be different.

As I mentioned last week, I had bitten the bullet and had arranged for our vet to come and visit Monica to establish if she was in calf or not.

Ahead of the vet’s arrival I had walked Monica into the pen. This meant that I just had to walk her through the entrance, which she had been through numerous times, give her some feed to occupy her and close the gate around her neck to immobilise her, so that the vet could work behind her safely.

Easy, done that many times, I thought, why would today be any different? Well, my goodness, it was different.

From the moment I brought the vet across the field, her mood changed.

She gave me a look as though to say, “Last time you let that fella near me, I ended up with a bald patch and I got harpooned with a great big needle, not on your nelly”.

Almost immediately she tried to impale me on her horns, not once but several times. Thankfully, I’m quick on my feet and so was able to side-step any swipe she made with her head.

No matter what I tried, wether I pushed or pulled, spoke to her nicely, ranted like Rumplestiltskin or tempted her with food, it appeared that on that day, nothing was going to get her down the race.

After 25 frustrating minutes we were getting nowhere and the vet was a busy man, so we called it a day and rescheduled for next week.

As we walked back over the field to the farmyard, we got around 200 metres away and turned to see what she was up to and lo and behold she was exactly where we had wanted her all along. The little monkey thought she was smarter than we were.

We quickly devised a plan and the vet hid behind a laurel bush whilst I quietly meandered back over on my own, to where she was. When I reached her, she just looked at me with that smug look on her face as if to say, “You took your time, didn’t you?” I quickly slid the bar in behind her and locked the gate around her neck, all the time thinking to myself, “Why couldn’t you have done this half an hour ago?”

Anyway, after all the shenanigans she had put us through, the vet could now get on with what he had come to do, establish if our Monica was in calf or not. So guess what, she’s not!

Never mind that I was humiliated by her in front of the vet, never mind that I’d wasted countless hours weighing up if she was or she wasn’t pregnant, but now we didn’t even have a little bundle of ginger to look forward to in April either. Oh well, there’s always next year Monica!

Oh, by the way, if you’re interested, Hoppity is almost as good as new now after last weeks trauma and isn’t hopping any more.

The question is, will she go back in with the ‘Gingies’ or will she will be given a pass to join Queenie and her gang around the farmyard?

Let’s just see how she behaves herself between now and then, shall we.